“Take the inventiveness of Bob Dylan, the melodic voice of John Denver, add the showmanship of Garrison Keillor … and that’s Michael Johnathon.”

“While folksinging, delightful guitar picking, and environmental concerns have  defined his professional life, this popular songwriter has embraced the modern age in  a very unique way.”

“Michael is one of the few performers who understands that music of the future must respect the music of the past.  His strong understanding of the folk tradition is a breath of fresh air in this era of cookie cutter singer-songwriters.” 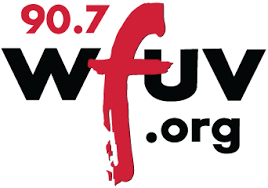 LISTEN to MJ being interviewed by Bob Sherman of WFUV-FM in New York City. MJ discusses his history, WoodSongs, the SongFarmers movement and performs several songs.

Among the throngs of artists in the music world, few have elevated “dreaming” to such a high art form as folk singer Michael Johnathon. He recently won the prestigious Milner Award of the Arts in 2020, presented by Governor Andy Beshear in Kentucky. “The Painter” is his 17th album release. He is a touring songwriter, author of six published books, the screenwriter for the upcoming Caney Creek motion picture, playwright of the Walden Play performed in 42 countries, composer of the opera, Woody: For the People, organizer of the national association of front porch musicians called SongFarmers, the full symphony performances of SONGS OF RURAL AMERICA and as the creator and host of the live audience broadcast of the WoodSongs Old Time Radio Hour with a radio audience of over two million listeners each week on 500 public radio stations, public television coast-to-coast, American Forces Radio Network in 173 nations and now on the RFD-TV Network nationwide. 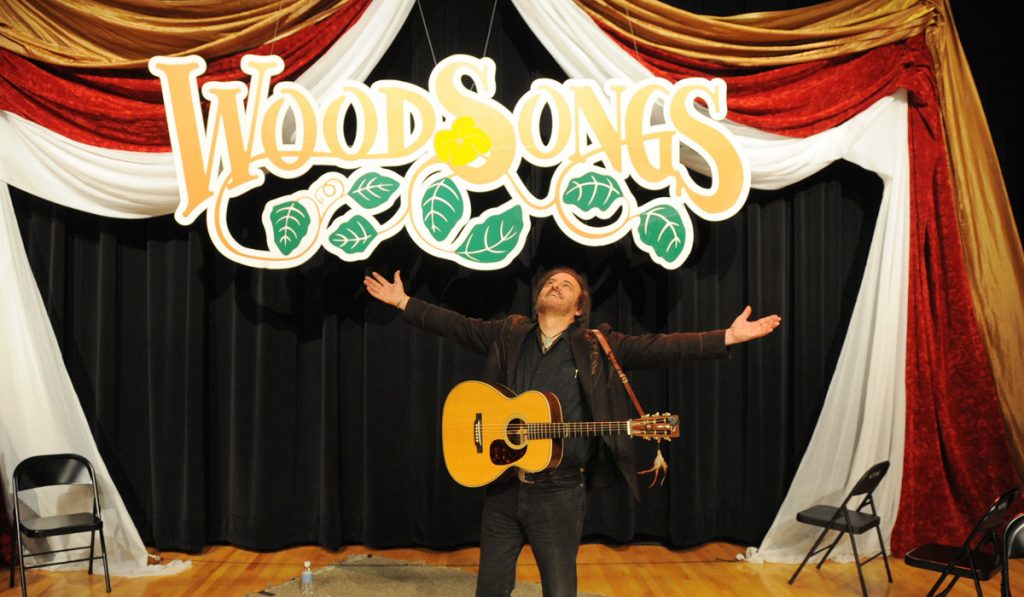 Michael grew up in upstate New York along the shores of the Hudson River. At 19 years old, he moved to the Mexican border town of Laredo, Texas and found a job working as the late night DJ on a small radio station. One night, he played ‘Turn, Turn, Turn’ by Roger McGuinn and The Byrds. As the song played, he recalled seeing the songs writer, his neighbor Pete Seeger, performing in his Dutchess County hometown. By the time the song had ended, he decided to pursue a career as a folksinger.

Two months later, he bought a guitar and a banjo and settled into the isolated mountain hamlet of Mousie, Kentucky. For the next three years, he traveled up and down the hollers of the Appalachian mountains knocking on doors and learning the music of the mountain people. Michael experienced hundreds of front porch hootenannies where folks would pull out their banjos and fiddles, sit on their front porches with him and play the old songs that their grandparents taught them. Soon enough, he began performing concerts at hundreds of colleges, schools and fairs. He performed two thousand Earth Concerts, plus benefits for the homeless, farm families, and shelters helping battered women and children. In all, he sang to over two million people in one four-year stretch.

Now settled in the foothills of Appalachia, the Kentucky-based songwriter is a  tree-hugger at heart, he performed two thousand Earth Concerts at schools and colleges, plus benefits for the homeless, farm families, and shelters helping battered women and children. Billboard Magazine headlined him as an “UnSung Hero” and he has been featured on CNN, TNN, CMT, AP, Headline News, NPR, Bravo and the BBC.

Recently, Michael helped organize the national WoodSongs Front Porch Association to help organize rural and community music and a massive educational program. Members of the WFPA are called “SongFarmers,” which is also the title of his recent album, the very first national CD release to be completely recorded on an iPhone.

The full album SONGS OF RURAL AMERICA with The Ohio Valley Symphony was released June of 2019, filmed for Public television and the RFD TV Network.

Michael Johnathon, has released his 16th studio album, Legacy. The album features 10 songs including the massive title track, Legacy,  a nine- minute epic about the history of songwriters from Bob Dylan to James Taylor, Harry Chapin to the Kingston Trio, hip-hop tp the collapse of the record industry as we knew it. “Legacy is a tribute and celebration of all artists,” says Johnathon. “We are in an odd time in America and a strange time in music. Everyone is struggling to find their audience, and it’s getting harder.”

The album will also feature tracks such as the plaintive Rain, which includes an iconic string quartet and descending bass lines reminiscent of David Gates’ classic ballad Aubrey, a banjo reinvention of Irving Berlin’s Blue Skies and his own total remake of (Like a) Rolling Stone by Bob Dylan. “Legacy perfectly captures a time when it’s become so difficult for artists to get their music heard, Michael continues to provide a road map for others to follow,” says Jim Monaghan of WDHA-FM The Rock of New Jersey.

The most recent album, The Painter, was released February 2021. Born during the pandemic when Michael turned to oil painting, studying the works of Monet, Gaughan and others. He settled on the stylistic inspiration of Vincent van Gogh and, while painting, wrote the songs for the new album. It is a full song cycle about art, music, love and family that is anchored by track 5, The Statement. The album is all originals and includes “Vincent  (Starry, Starry Night)” by Don McLean, “Cats in the Cradle” by Harry Chapin, the classic Blue Moon and “Make You Feel My Love” by Bob Dylan.

The pandemic was a productive time for Michael, aside from painting and writing for the new album. He also wrote a complete screenplay that was optioned for production in January 2021. Caney Creek: The Legend of Alice Lloyd is pitched as the “Dances with Wolves” of the Appalachian mountains, a powerful and true story that presents the mountain communities in dignity and praise.

The most important, prestigious Award given to any artist in the Commonwealth of Kentucky is called the Milner. Presented by Governor Beshear, Sec. Mike Berry of the Tourism, Arts & Heritage Cabinet and Chris Cathers of the Kentucky Council of the Arts selected Michael to be the 2020 recipient.