an album that reintroduces the musical role of the folksinger in the 21st century.

The STATUE is a song about the symbols of racism and hatred, political divide remaining between people and communities, black and white, conservative and liberal. It is a lyrical condemnation of prejudice and racism and the hurt it causes.

THE POINT OF THE VIDEO AND LYRIC:

Removing a symbol of racism and violence is a good first step, but it should not be the only step. Removing the symbol without removing the reason the symbol existed in the first place, does not accomplish anything. Does the symbol of racism, like a flag, remain bad if it’s used as a blanket to help an injured child? Do the issues that created the symbol almost two centuries ago remain in 2020 and ignited America on fire? What does pulling down a statue of George Washington do? Does erasing history erase what caused history? Should not Germany dismantle Hitler’s concentration camps … or is it OK they remain and maintained, even selling tickets to tour them?

Where is the balance?

That is the point raised by this song and music video. You can pull the statue of Robert E Lee down but the “rope remains” around his neck if the reason the statue was put up in the first place continues to exist. Whether the symbol is a piece of cloth, a piece of marble or steel, or even a word like “boy” nothing is more important than removing the REASON it exists. That takes purposeful action. This can sometimes happen first as protest, but not if the action ends there.

TEACHERS and HOME SCHOOL PARENTS can download free lesson plans to this music video for a discussion with your kids about what is happening in America right now at the WoodSongs.com/classroom download cente

WATCH the music video for The Statue below: filmed on location in Union, WV, Charlottesville VA and Paris, KY. Lincoln and MLK narration by Josh White Jr.

THREE CD SPECIAL: Get the brand new Dazed & Confuzed studio album PLUS the 23 song MOONFIRE Banjo Album PLUS the original WoodSongs album that started it all (featuring JD Crowe, Odetta, Homer Ledford and Jean Ritchie). ALL THREE for just $20. PayPal to radio@woodsongs.com  Credit card call 859-255-5700  Check to: PoetMan Records PO Box 200 Lexington, KY 40588 or use the easy PayPal Button below 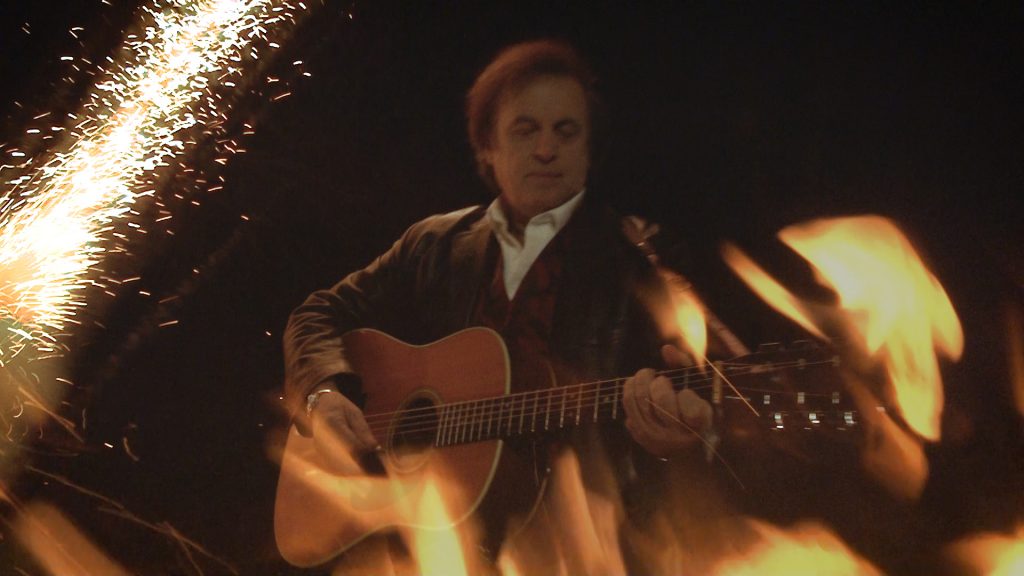 They are the poets, dreamers and time travelers, world-wanderers and highway vagabonds, rail riders and drifters, like mirrors held up to the world to reflect back what they see. They sing so other voices can be heard, they feel hoping others can feel with them, and make friends instead of fans. They dream what is unseen so others can appreciate what has been created, like musical miners exploring great treasures hidden deep within dusty vinyl vaults. They crave community, communication, flannel shirts and coffee, peace with appreciation and love without regret. They are spiritual log cabin dwellers living in cars, vans and hotel rooms, organic gardeners eating in sleepy cafes along dark roadsides and your best friend, met once on the side of a stage, never to be seen again. They are 5-string politicians, 6-string therapists, banjo barristers, acoustic lovers and penny-pinching peacemakers … because those who sing together can not fight. They are still there. Still writing. Still searching. Still singing. Still trying to get their world in tune.

They are America’s folksingers.

The Songs on the Dazed & Confuzed album

The STATUE is a song about the political divide remaining between people, black and white, conservative and liberal.

MAPLE TREE was recorded live on a Warren May built dulcimer.

MELISSA’S SONG about the day we met.

GROWING OLD … well, we are.

(I Hate Your) SMOKE was written in the hope of helping anyone, everyone stop this dangerous and filthy habit. Sure, we are free to do what we want. But when someone you love is unsafe, and this is VERY unsafe, please help them want to stop.

$5 WIFE is my re-worked rendition of the classic song made popular in the early days of the Grand Ole Opry by Uncle Dave Macon, later by Stringbean. I play the Vega long neck open back banjo and Isaac May plays on the Franzke mandolin.

DAZED & CONFUZED written about the high speed tsunami of useless over-hyped insistence that we all think the same. We can’t. And we should not.