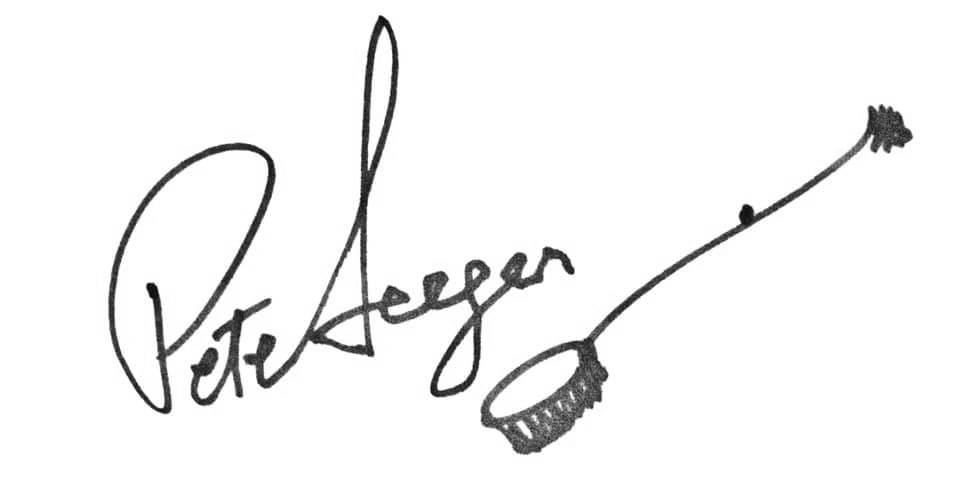 There are obviously a tremendous amount of wonderful tributes to Pete, his life, his career and the energy that he and his wife Toshi expended in making the community of human beings a better place.

Many friends of mine have even put out some very nice tribute albums to Pete: Rik Palieri and Richard James Nestler have a great new album out about mostly unknown maritime songs that Pete performed.  John McCutcheon released a very successful album of some of his popular tunes last year.

Of course, I created WoodSongs 1000 shows ago based in a large part on Pete and Toshi’s public television program called Rainbow Quest.  My most recent book, WoodSongs 4 was written in tribute to the work ethic of Pete and Toshi and it was dedicated to them.

Musically I don’t think I can contribute anything better to what Pete and Toshi meant then what my friends have already done. But Pete’s example impacted me as a boy growing up as his neighbor, even before I even realized who he was, and that it was not so much a musical influence as it was an attitude.  Musically Pete’s style and my style are very far apart although planted in the same garden.

Pete’s vision of being a musical Johnny Appleseed is what inspired the creation of the SongFarmer’s community which has grown nationwide with over 72 active chapters, well that was before the virus hit.

I’ve been trying to think of a way to acknowledge the good example and the inspiration of someone like a Pete Seeger, even the sloop Clearwater was a gargantuan effort for a folksinger to undertake and he did it by bringing together a community, making the cause more important than himself. 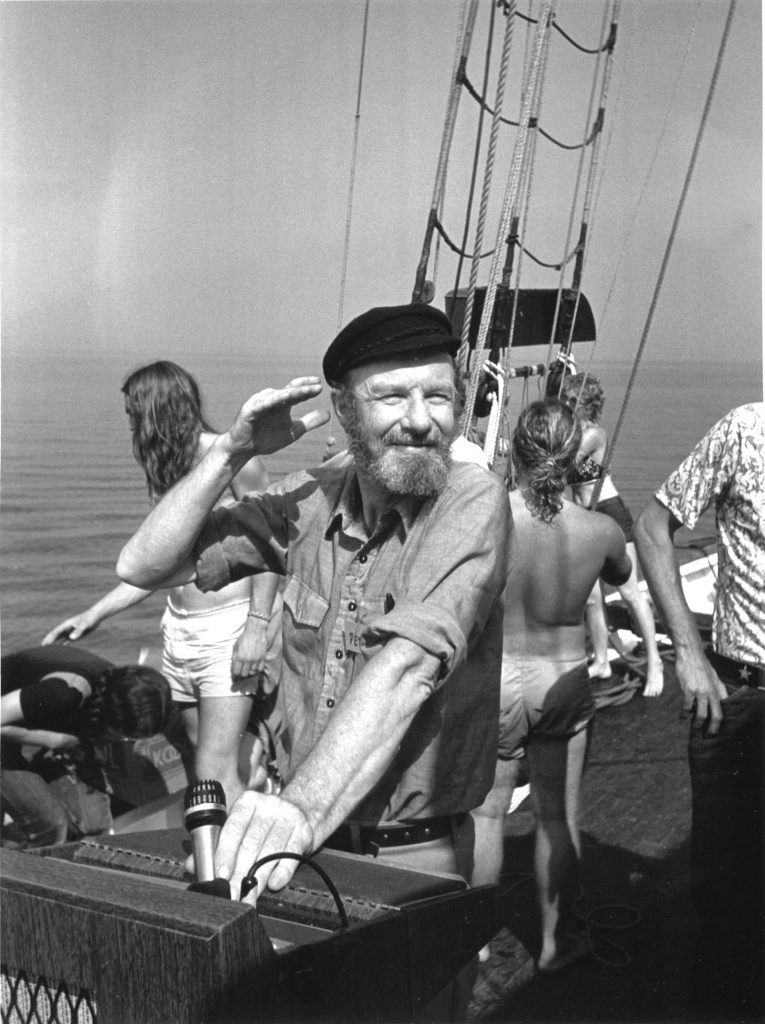 Of course, there’s always the detractors: they will make politics and social issues supersede the good work of an honest musician who tried to live the reality of what he believed. That’s OK, everybody has their own viewpoint.

I’m reminded something that Don McLean wrote to me once, saying that people had to remember that “Pete sailed the Hudson river, he did not walk on it.” Don was one of the original sloop singers aboard the Clearwater, greatly influenced by Pete and the Weavers music, and that was quite a realistic and insightful comment on a great man.

A TRIBUTE OF RESPECT

Anyway, my point is that in considering a way to acknowledge Pete’s influence without diving into the myriad of tribute concerts and albums and becoming part of a well-meaning crowd, I decided to adopt his signature.

Pete’s wife was of Japanese decent, a culture that often added art to the family names.  Pete took to doing that during the last third of his life, signing his postcards and letters with a little banjo alongside his name in tribute to his wife, Toshi. He would also scotch tape little leaves to some of his letters as well to add the idea of environmentalism to his notes, often written on the backside of scrap paper.

So to acknowledge his influence I’ve decided to add that banjo to my own signature, a silent acknowledgment of the powerful example of a humble man who walked the walk and lived the life he believed in. 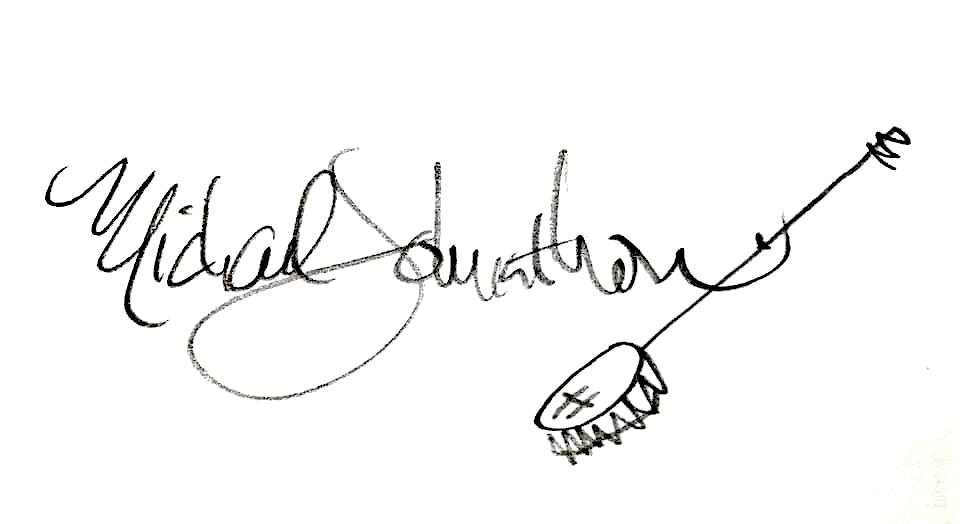